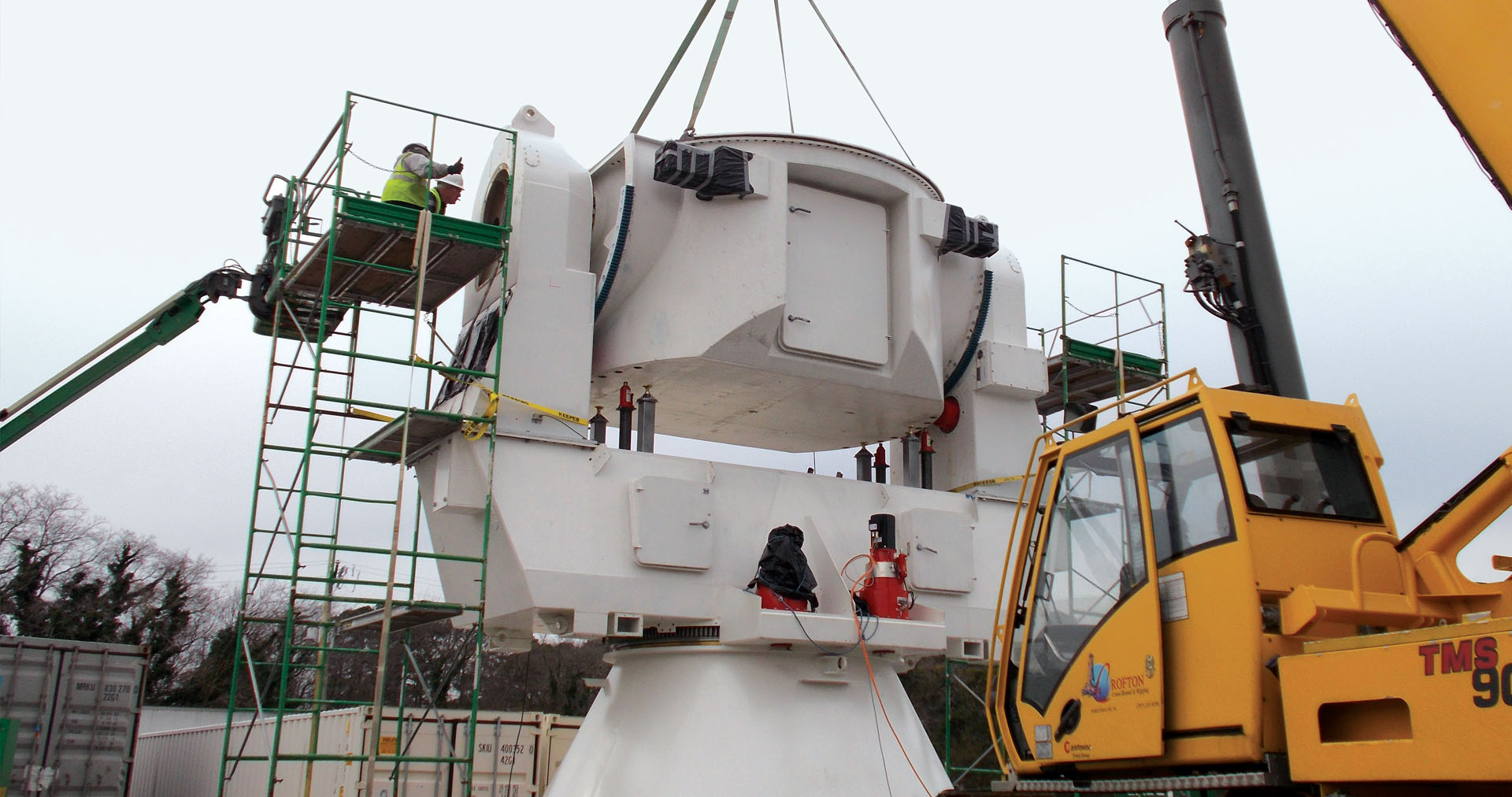 Norfolk, VA (February 11th, 2016) – Have you ever pondered what a black hole actually looks like or what that means for the future of astrophysical research? The National Science Foundation (NSF) and the Smithsonian Astrophysical Observatory (SAO) have actively been studying the topic for some time and may have an answer for you sooner than you’d think.

In partnership with the Academia Sinica Institute of Astronomy & Astrophysics (ASIAA), the SAO has initiated the Greenland Telescope Project: A large-scale, cross-continent collaboration to erect a new radio telescope in Greenland, that will triangulate with the two global radio telescopes located in Hawaii and Chile. By synchronizing the three telescopes, they will act as one larger telescope in the hopes of capturing an image of a black hole, proving Einstein’s Theory of Relativity.

Prior to the triangulation of the telescopes, the project requires a complex, in-depth assembly, shipment and reassembly that are integral to the project’s overall completion. To execute these stages of the project, trusted partners with a reputation for efficiency and world-class service, were needed. The solution was to partner with World Distribution Services (WDS) and their Norfolk, Virginia team.

“WDS Norfolk was a significant find because of their proximity to the Port of Virginia,” says the Greenland Telescope Project Manager, Timothy Norton. “Thule Air Base [Greenland assembly location], only receives one-shipment per year, making the timing of sending over the [telescope] pieces vital to the progression of this initiative. In addition to the location advantage that WDS Norfolk gives us, the process of working with the WDS team has been exceptional. Not only have they been extremely accommodating to all of our requests, but they have diligently ensured that we are sticking to our timeline on this important project.”

Vice President of World Distribution Services, John Morrow says his team is extremely excited to work on a project of this magnitude. “The project allows WDS the opportunity to showcase our project cargo capabilities. WDS has successfully participated in several large global projects and consistently delivers exceptional results that include cost savings, increased timelines and superior service levels. We are proud to have been selected for this initiative in which we’ve been able to collaborate with a wide range of partners from project contractors, equipment providers, and government officials.”

The pre-shipment assembly and testing that has been taking place at the WDS facility will ensure that all components of the telescope are able to sustain the cold climate of Greenland. Following the pre-assembly, all components will be shipped to the Thule Air Base in late July or early August where they will be reassembled, placed on oversized sleds and moved 10 ½ thousand feet inland, where the telescope will be permanently housed within the artic circle of Greenland. In tandem with the telescope assembly, the National Science Foundation is building the Greenland Science Summit – a state-of-the-art research facility in Greenland for scientists, researchers and additional staff to call home throughout the duration of the telescope triangulation study.

World Distribution Services (WDS) is a leading provider of creative domestic and global supply chain solutions, specializing in warehousing and logistics. WDS possesses the facilities, network, equipment, expertise and, most importantly, a team of professional, talented staff whose mission is to exceed customers’ expectations.

WDS is a division of The World Group of Companies, leveraging over 55 years of collective experience in providing cargo transportation services across the globe.